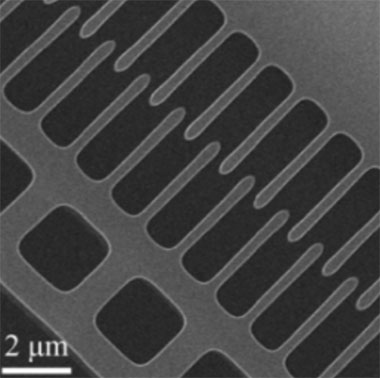 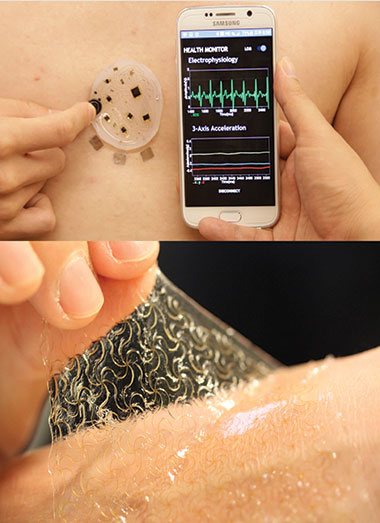 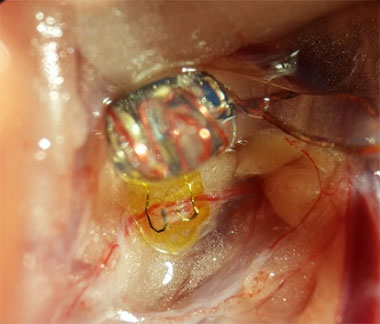 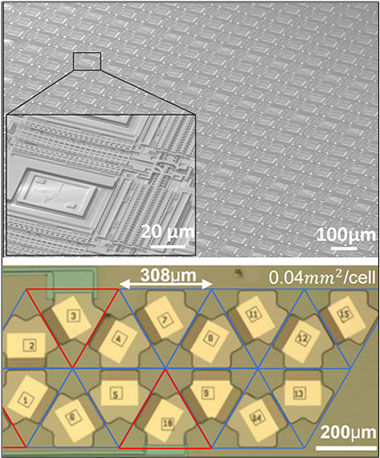 Advanced circuit systems and devices are widely used for sensing, signal processing, and computation.
Such technologies is closely related robotic systems as circuits & devices act as a brain for next-generation robots.

Such electronics require a convergence of multiple academic disciplines such as
mechanical, electrical, computer, and materials engineering.
DGIST RE focuses on the development of world-leading technologies in
semiconductor devices, wearable sensors, neural interfaces, and optical devices.

Specifically, we work relentlessly to collaborate with medical and industry sectors to build
micro/nano devices that can have a direct impact on our daily lives.

Some of our key thrust areas include e-skins, IoT sensors, AI chips, and optical computing devices.

MEMS & NEMS (Micro & Nano Electromechanical Systems) is drawing much attention in electronics community with various advantages, such as low-power budget, small footprint, high sensitivity, and capability of multiple functions in single unit. With the help of world top-class CMOS cleanroom facilities at DGIST, RE is working on various MEMS/NEMS technologies including RF devices, optoacoustic chips, environmental sensors, to name a few.

With outstanding portability and adaptability, wearable electronics is emerging as one of the key technologies in coming era.

Especially, flexible electronic-skins posses a great potential towards tactile and biosensing applications, which can have direct impacts on robotics, healthcare devices, fitness monitoring, and so on.

DGIST RE pioneers flexible thin-film electronics and fibers that can be directly mounted on human skin or clothes. In addition, we are working on in-vivo and in-human body devices that can harvest energy from biomechanical motions for prolonged operations without the necessity of external power sources.

Implantable neural interfaces and neural devices to communicate with the human nervous system are core technologies in promising research fields, such as neuro-prosthetics, brain-machine interface, and bioelectronic medicine including electroceuticals.

These promising technologies enable the development of bionic limbs with advanced functions comparable to real human limbs, control of bodily functions, as well as treatment of diseases.

The department of Robotics at DGIST is leading the next generation of neurotechnology based on cutting-edge research.

In particular, we are supported by Samsung Science & Technology Foundation for developing an optical Ising machine that can solve the combination optimization problem 10,000 times faster than existing supercomputers. In addition, we have another Samsung Science & Technology Foundation grant for developing an ultra-high-sensitive 3D ultrasound image sensor based on silicon photonics.

Also, we are conducting research with KIST (Korea Institute of Science and Technology) to integrate optical quantum computers on a chip.

By integrating high-performance optical information processing technologies into chips, we are pioneering new areas that electronic circuits have never reached.